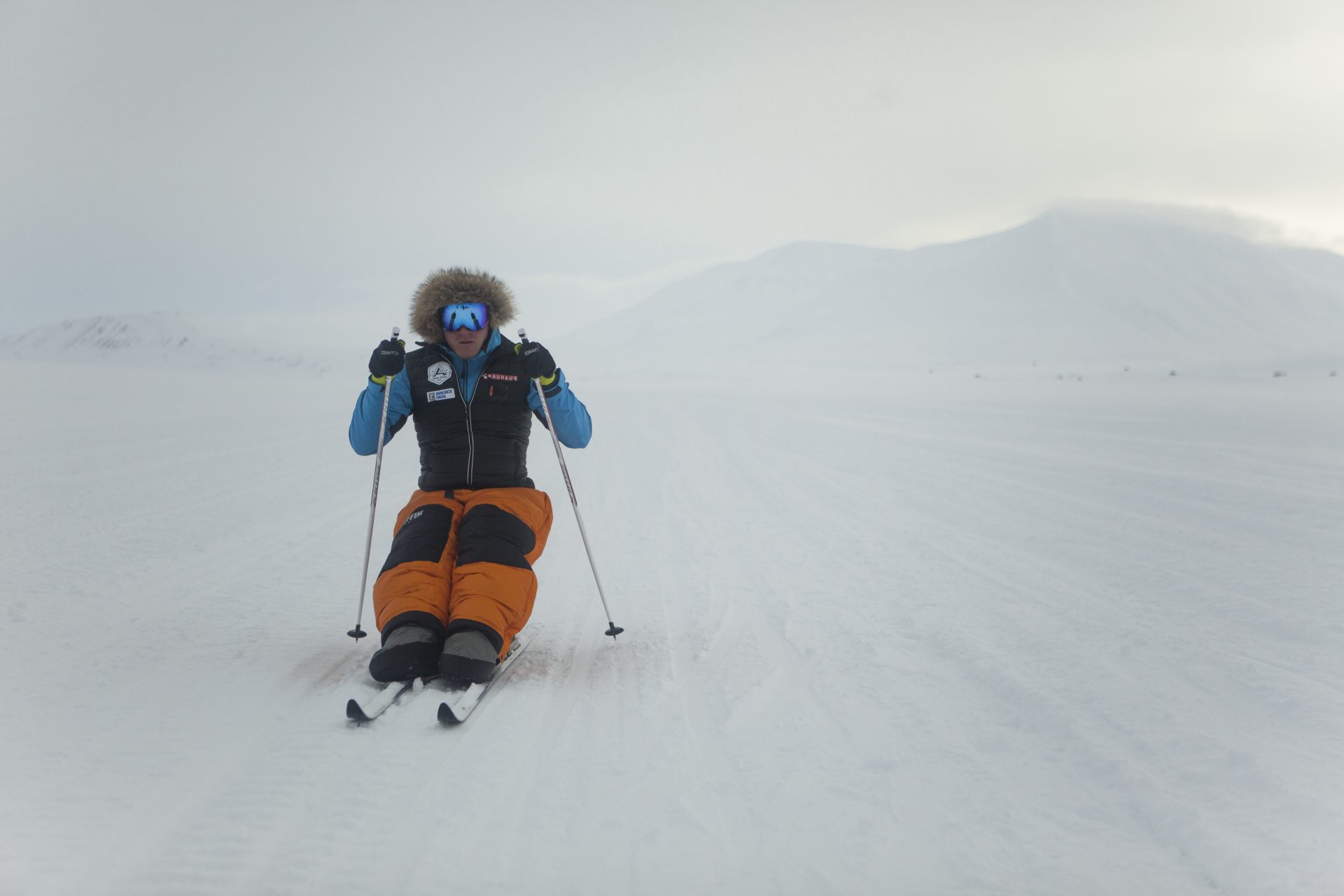 Aron was diagnosed with cancer as a child. When he was nine years old, he underwent surgery and ended up in a wheelchair. During the long rehabilitation period, Aron read a lot about the adventurer Ola Skinnarmo and his expedition to Antarctica. Fascinated, he followed the expedition, and as a ten-year-old boy confined to his bed, he only dared to dream about making the same journey.

Aron made a decision to not allow the wheelchair to stop him, but instead see what opportunities it could provide. His childhood dream was still very much alive, and when Aron summited Kebnekaise in 2013, as the first person in a wheelchair ever, he realized that he could do greater things than anyone had thought possible. After this, he started planning to make the same expedition as Ola.

Today, he’s frequently seen on TV and recently hosted Lilla Sportspegeln (a sports broadcast directed at young people) and the Paralympics. He’s climbed mountains and swum across oceans. He’s one of Sweden’s most popular speakers and in 2015, he was awarded the prize for Fundraiser/Volunteer of the Year, was in the top ten list of Sweden’s Most Powerful Young People and named one of Sweden’s Super Communicators.

Aron has travelled the world and pushed himself in extreme situations before, both physically and mentally. His track record includes:

About Pole of Hope

Aron is doing this in order to test the boundaries of what is possible. As always, he wants to inspire and motivate others to strive to achieve their own goals and chase their dreams. Aron wants to instill hope in those who need it – and that’s why the expedition is called Pole of Hope.

In addition to challenging himself and inspiring others, the purpose of Pole of Hope is to raise money for the Swedish Childhood Cancer Foundation. As a proud ambassador for the Foundation, Aron has previously raised millions of SEK for their vital research. This time, Aron hopes that the Swedish people will help and support him in a record fundraising drive.

How does the fundraising work?

For every 10 SEK raised for the Swedish Childhood Cancer Foundation, Aron will ski 1 meter and for each new monthly donor, he will ski 700 meters. It’s 640 kilometers and 6.4 million SEK to reach the goal!