Our Content Manager, Cory Lee, spoke to accessible travel blogger, travel agent, and entrepreneur Sylvia Longmire. Sylvia told us about her incredible travels around the world as a wheelchair user.

Read the transcript of Cory’s discussion with Sylvia below.

Sylvia: I was 38 years old in 2005 when I was diagnosed with MS. I was on active duty in the airforce working as a special agent, basically the ‘FBI of the airforce’. I was medically retired from the airforce in 2005 and then I started working as a contractor as a subject matter expert on Mexico’s drug war and border security which I still do today.

After I moved to Florida in 2015, I started travelling again after a long hiatus and actually Cory, you were the inspiration for my trip to Iceland. After going on a few more trips I decided to start my own blog ‘Spin the Globe’ which has been going now since 2015. I’ve also worked with on-screen acting and voice acting and now I’m developing an animated short film about a little girl with a disability. Its been a crazy ride! 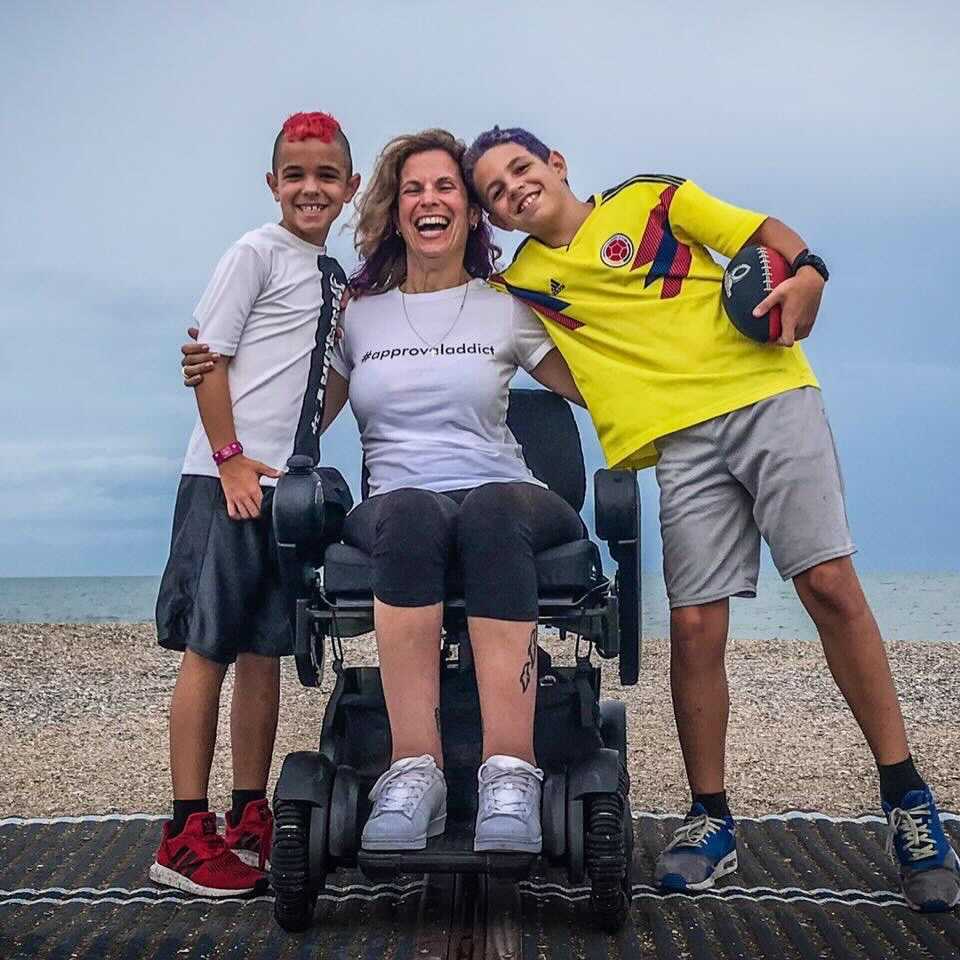 Cory: What was the pivoting process like after you got diagnosed? What was it like working in the airforce to working a completely different career?

Sylvia: I started having symptoms in 2003 when I lost vision in my right eye. MS takes a while to diagnose because you have to check so many boxes when it comes to different symptoms. I started doing my own research, and I realised that I had an extremely good chance of getting a diagnosis for MS. From then I started going through a sort of grieving process, and over the next few years, started really paying attention and documenting every symptom. So when I finally got the diagnosis, it wasn’t a huge surprise because I knew it was coming and I was able to start my treatment right away.

But then all of a sudden I was confused about what I going to do, I’d been in the airforce for 8 years and I’d got married. Luckily, with my background and experience I was able to get a job with the State of California doing intelligence analysis and from there, began a new career. It was extremely hard psychologically because, with MS, you don’t know how you’re going to progress, what part of your body it can affect and how fast it’s going to progress. I’m constantly going through the grieving process, because each time I lose the ability to do something, I have to go through it all over again. 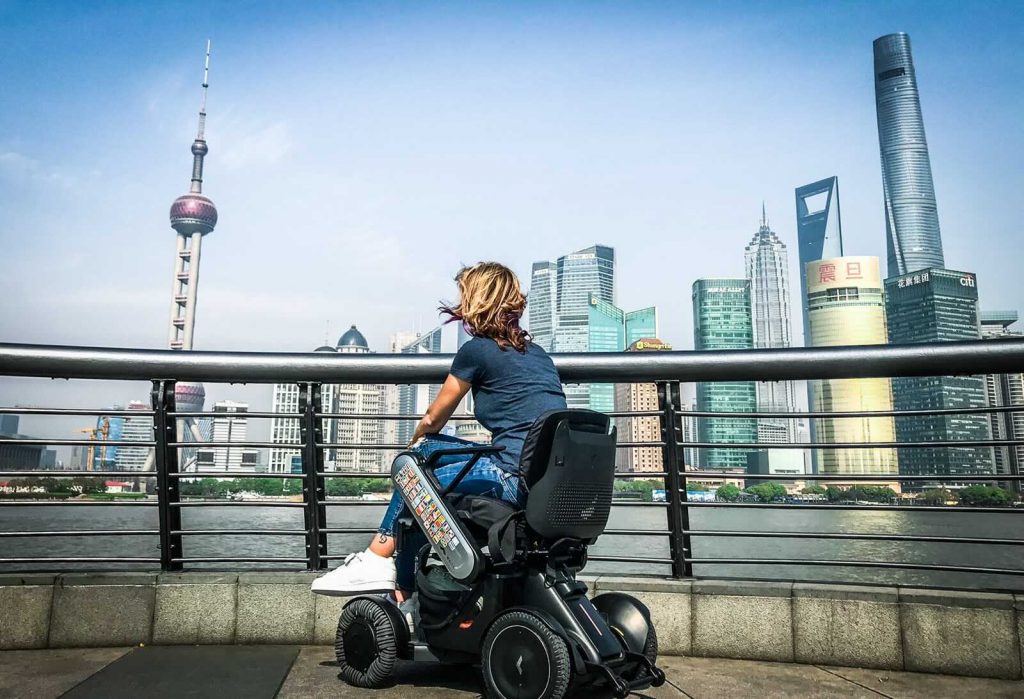 Cory: How are you doing right now? What changes have you seen in the last few years?

Sylvia: I’ve been very fortunate that my body has responded very well to treatment. I’m starting a new treatment in the next few weeks I could only be on the current treatment for so long as it starts to have certain effects on your body. My progression is still going, thank goodness that is has been extremely slow. I have secondary progressive MS, which is a steady decline. In the last year, I’ve been slowly losing the ability to use my right hand, I have a very weak grip, and can’t really hold a pen anymore, which has been more psychologically difficult. I’m still able to drive and perform most everyday functions.

In the last year, I’ve had to go to the salon regularly to get my hair washed as I’m not really able to do that myself anymore and I’ve had to learn to become left-handed, which have been some of the biggest changes. I treasure my independence and being able to do things like travel and I’m trying to do as many things as I can while I physically can. Not knowing what’s going to come and how fast it’s going to happen is a big motivator for me travel-wise.

Cory: You’ve travelled to over 50 countries, but due to Covid-19 you’ve had to focus on other things. I know you’re working on an animated short film and you’ve written some books. Can you tell us what you’ve been up to in the past year since the pandemic started?

Sylvia: I don’t do well when I’m sitting at home doing nothing. For about six weeks into the pandemic, I actually fell into a mild depression. I’m used to not being home for more than a week or so and I’m working constantly when I’m at home and all of a sudden I have nothing to do. I found myself sleeping really late, watching TV and not feeling motivated to do much. It was really challenging, but I think people all over the world were in the same place. We’re all mentally trying to figure out how to deal with this.

Before signing with an on-screen talent agent in February, I was told I needed to get some more training under my belt. So, I signed up for virtual acting classes, which were a lot of fun and I really enjoyed them. It so happened that the same studio had a voice acting seminar. So I signed up for that as well as I had nothing else going on, just to try it and see if I was any good. I have a history of public speaking so I took to it naturally. After that, I set up a home studio in my walk-in closet, started doing auditions and booked my first job a week later. I also finished writing my second book ‘Blogging While Disabled: How to Make Money Writing from a Wheelchair’ at home and now I’m at the tail end of my accessible travel memoir which has been in the works for about 3 years. 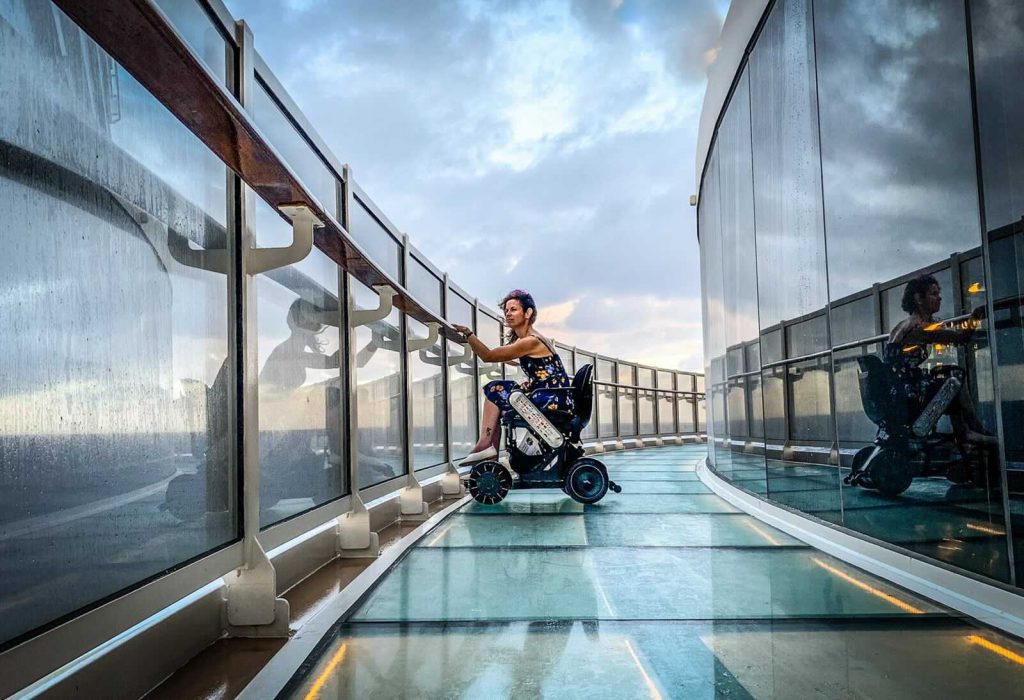 Cory: What are some of your favourite travel experiences?

Sylvia: Cruising is my favourite kind of travel. I did a 12-night cruise with my best friend a few years ago. We did a round trip out of Rome and went to Greece and Israel which was incredible. I also did a 3 week Asia tour, including 9 days in New Zealand, 5 days in Singapore and 5 days in Hong Kong. Singapore is now one of my favourite places in the world for accessibility. I think, anyone can visit the Effiel Tower, the Colosseum, the Great Wall of China, but what makes everyone’s individual experiences different is the people you meet and how they open your eyes up to the culture, which really is what travel is all about…

Listen to the rest of Cory’s interview with Sylvia here…

Check out our other blog posts about accessibility: