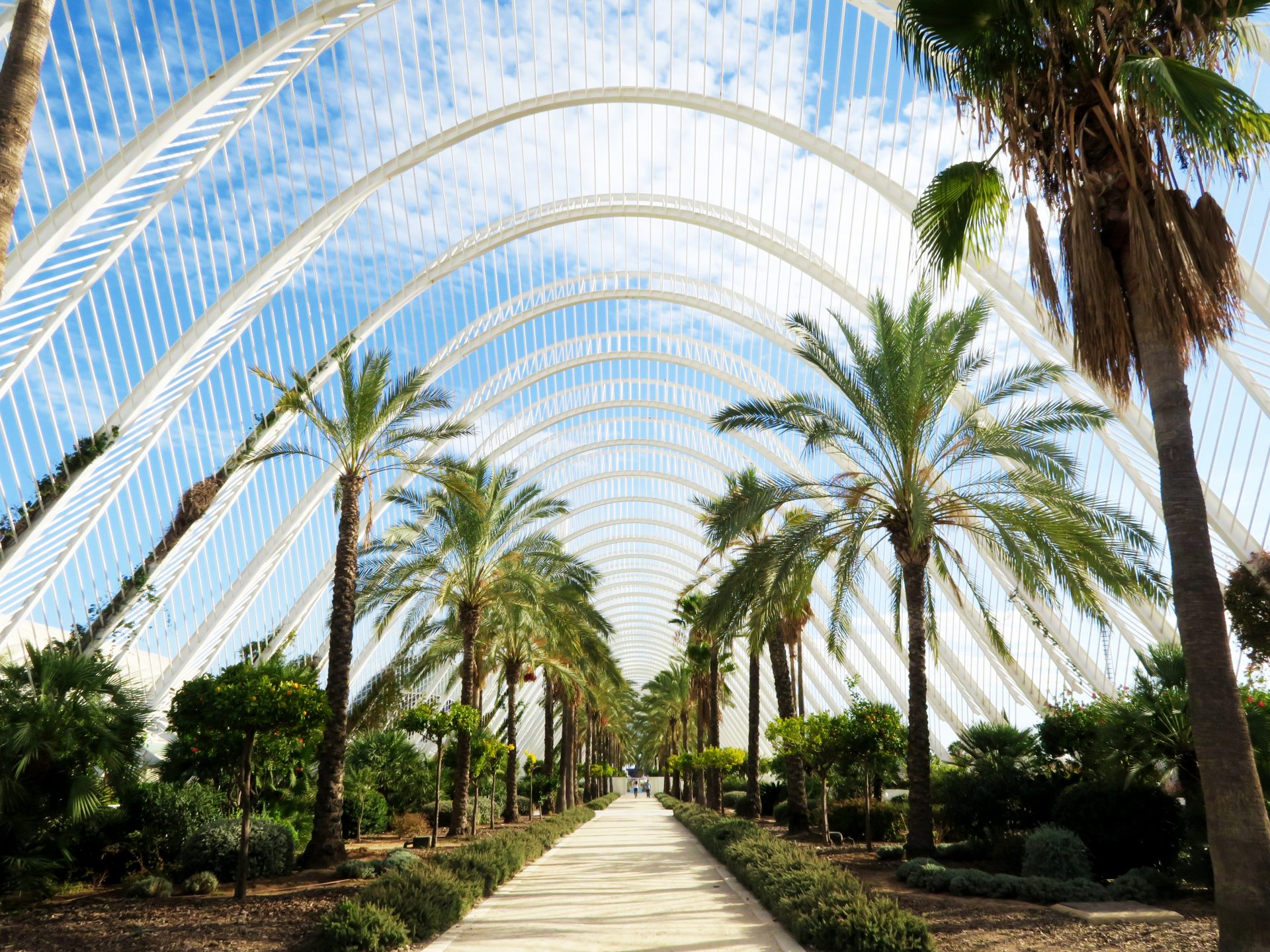 Today, in my first post, I would like to share with you the free and accessible sights in Valencia. There are a few places, but in that post, I´m going to show you my favourites (and also for most of the travellers).

To reach the city if you are in San Antonio de Benajéber is very easy. You just have to drive on the CV-35 road towards Valencia during 20 minutes. If you prefer to go by bus, there are two options:

Once in Valencia, you can move by bus (which have platforms), metro (here is a list of the accessible stations http://www.metrovalencia.es/page.php?page=150) or taxi. But Valencia is a small city; you can visit the city centre with a nice walk which I hardly recommend you.

Well, we are already in the city, so, let´s start our visit.

The old riverbed was the natural bed of the Turia river until 1957 when Valencia lived one of its worst episodes. On October 14, 1957, the high flood of Valencia flooded the city and caused the death of around a hundred people. The government of Spain and the city council of Valencia decided that the Turia could not continue passing through the centre of Valencia because of the danger of new floods. So in 1958, it was decided to move the river to a nearby place by diverting it.

Years later, the citizens demanded the channel to turn it into a public garden of almost 10 kilometres, becoming the largest park of Spain. Today is also the most visited of the country.

Over the years, the park has been improving with new spaces and buildings. Its bridges are well known, the “Peineta” and “Flowers” are the most knowns. Between both bridges, there is a small bar terrace with accessible toilets that you can use for free.

But today what most attracts the attention of tourists is the City of Arts and Sciences. If you want to access the museums, the planetarium or the oceanographic is necessary to acquire an entrance. However, even if you are not going to enter any of them, I recommend you visit the area. It is spectacular, especially on a sunny day (which is very common in Valencia). You will discover the most modern face of the city, and I assure you that it will not leave you indifferent. 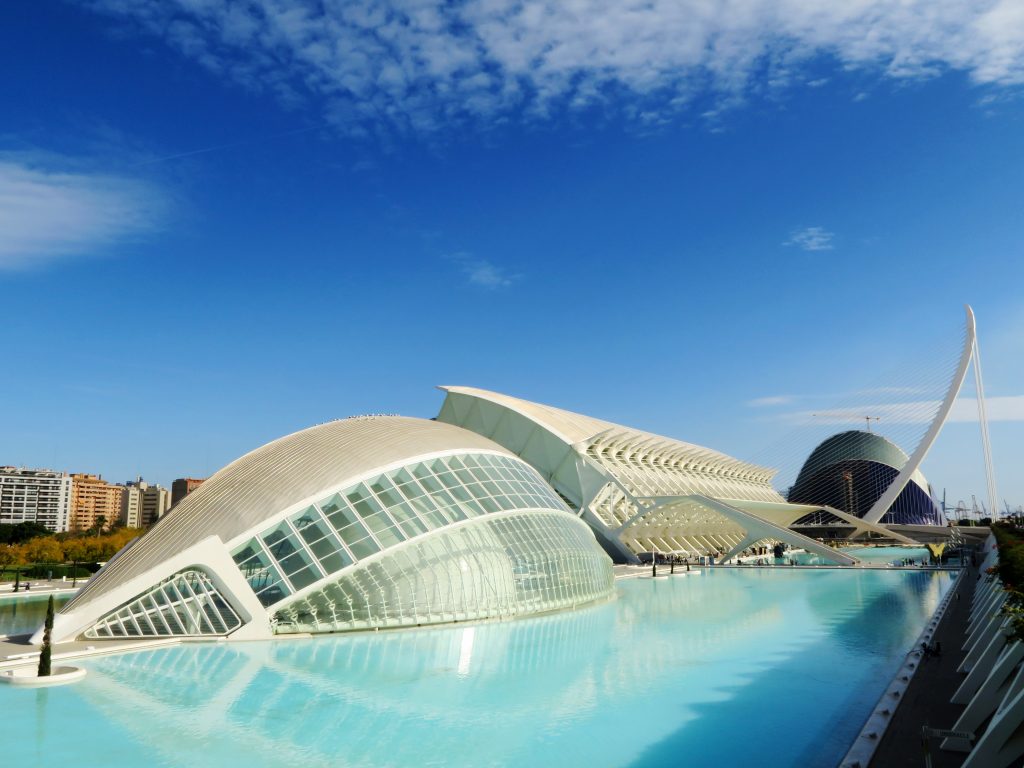 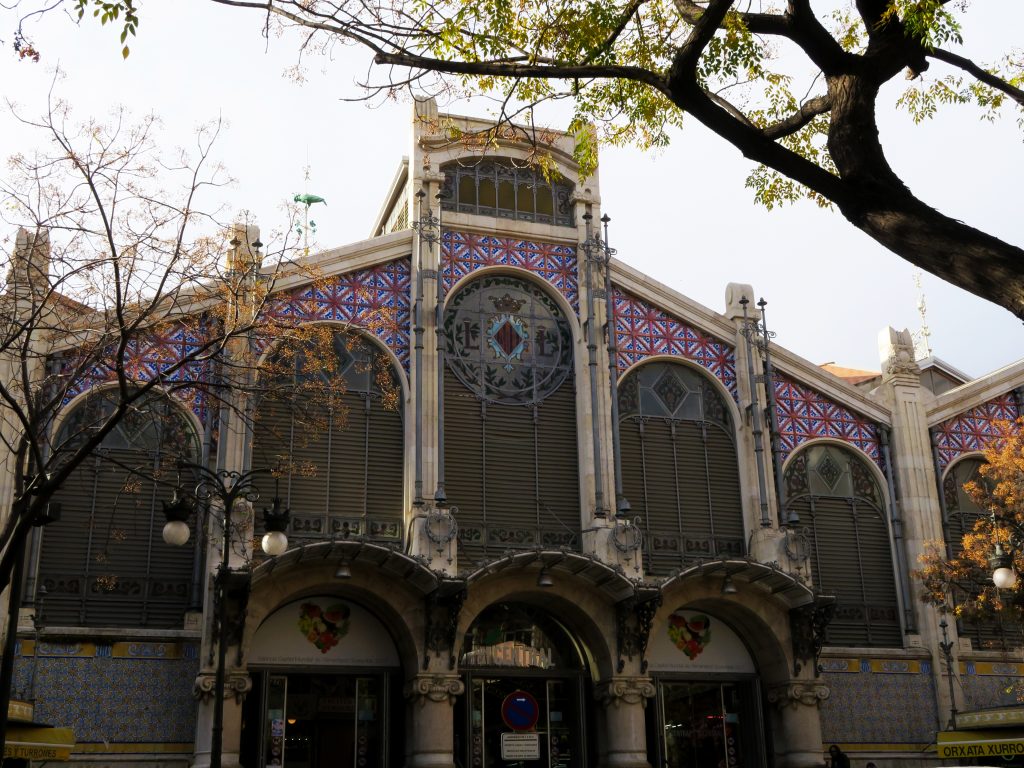 The Central Market is a modernist building that houses around 400 stalls selling fresh food. Around 1500 people go through this market daily to do their shopping. It is classified as a cultural interested place, and it is also the largest market in Europe dedicated to the sale of fresh products.

Its construction began in 1914 and combined domes, with iron, glass, columns and other metals. In 2004 the market was restored and today is an essential stop for tourists and food lovers like me.

The main entrance is not accessible as it has many steps. You can enter the market using the side and rear doors. The interior is fully accessible with wide aisles. There is also an adapted bathroom in the basement and a large elevator to reach it. To enter the bathroom, you have to request the key at the counter and pay 0.50 cents. If you have made a purchase, present the ticket, and you will access for free.

Would you like an advice? Buy a good cured ham, a loaf of bread and something to drink. Go to the old river bed and enjoy your sandwich taking the lovely Valencia sun. I love to do that!!!

The Virgen Square is in the centre of the city and dates from Roman times.

I want to highlight several elements in this charming square.

First, we find the Cathedral whose access is not free. However, every Thursday at 12:00 (except holidays) takes place outside where the Apostles Door a curious event, which is free; the Court of Waters. This Court is in charged to deal with conflicts arising from the use of irrigation water in Valencia.

The Court of Water is the oldest justice institution in Europe, and some people say that also of the world. It was declared Intangible Heritage of Humanity by UNESCO in 2009.

Nowadays, it is a short event, so be on time, or you will miss it.

The “Desamparados” Virgin Basilica,  is the sanctuary of the Desamparados Virgin, who is the saint patron of the city and the old Valencia Kingdom. There are ramps on both doors, and the access is also free. 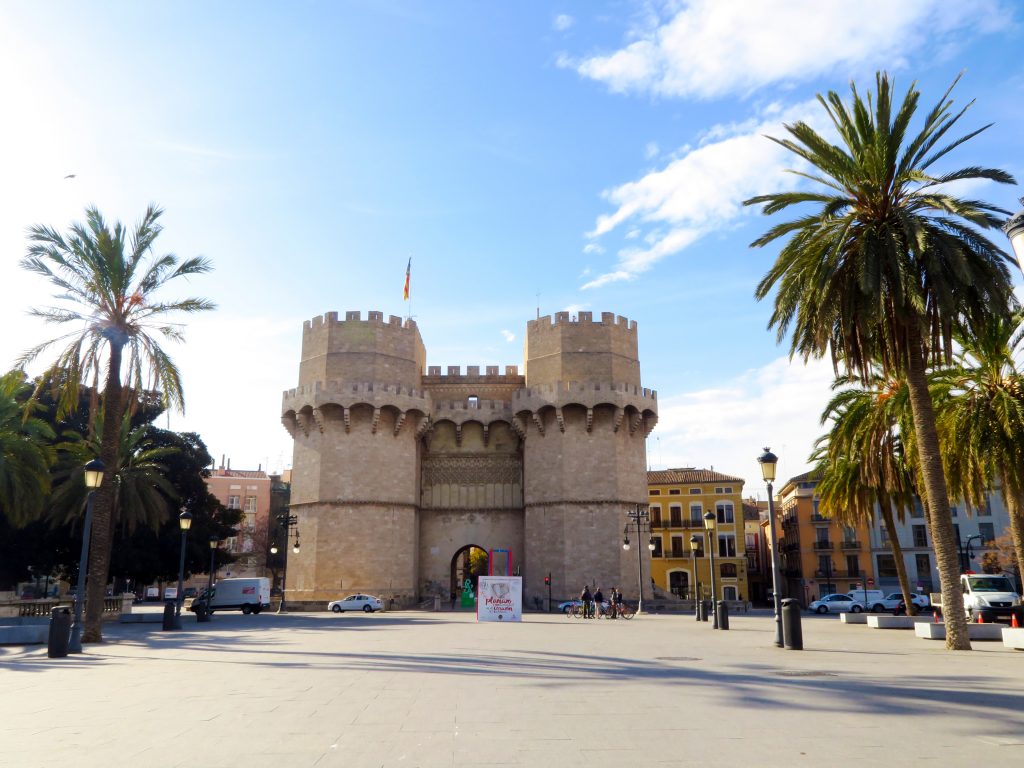 These Towers and the Quarte Towers (less imposing and of which today I will not speak) are the fortified doors of the old wall that surrounded the city. It was the main entrance of the town, through which kings and nobles entered.

Crossing the Serranos Bridge and approaching the towers we will be delighted by its spectacular image.

Is possible go up to the Towers and enjoy the beautiful views of the city. Unfortunately, this visit is not accessible if you have reduced mobility and neither free. But I recommend you go to see them because they are impressive and you will travel to another time.

One of the most important and touristic places for free that we have in Valencia is the fantastic promenade. 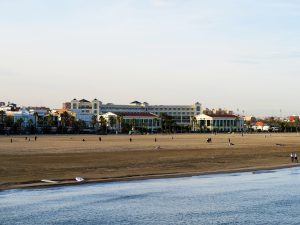 Does not matter if is summer or winter, it is a compulsory visit. In summer you can enjoy the bath, and there are a few points where to be assisted if you require it. But that will be another post. Today we just walk together through the almost two kilometres of that beautiful promenade.

In the “Paseo Neptuno,” you will find a lot of restaurants where to try our fantastic cuisine including our special dish Paella which as many people think, (and I don´t know why) but, Paella doesn´t have chorizo! 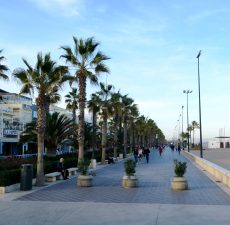 At the beginning of the promenade, there is also the Marina of Valencia, remodelled in 2007 for the Amerca’s Cup Rize. The Veles e Vents building is the most emblematic icon in the port; it built as the central building of the 32nd America´s Cup, today is a leisure place with restaurants by the sea.

So dear friends,  Valencia is a city with a lot of things to do and much more wheelchair accessible sights to visit. For sure I will talk about it in new posts in the future, but for now, I hope you enjoy that one. And if you are travelling, have fun!!!

Besides Valencia, you can check out the other wonderful accessible travel destinations guide across Spain. Let Handiscover arrange your next journey!

About the author:Irina Martinez is an inspirational accessible travel blogger.In her blog, www.accessitrip.com, she desires to make travel easier for people with disabilities.